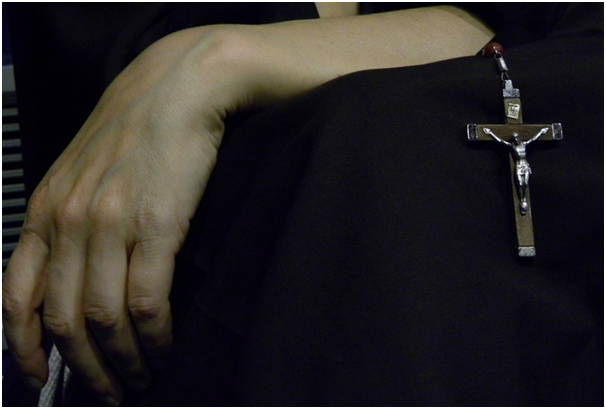 Mdina is Malta’s old medieval capital. The village consists of small, narrow alleys that give the impression of being dead ends. Walking through Mdina is like walking alone in the city. The city could defend itself well in wartime. Because of the way the alleys were laid out (many turns), a soldier could never know what was going on in the streets – you could encounter anything, so it was far too dangerous to enter these alleys!

Mdina is a beautiful city to get lost in. The city is much visited by tourists who visit Malta every year and is therefore not really ‘a quiet city’ any more. What many tourists do not know is that there is also another life in Mdina: life behind the convent doors.

A lonely life in the convent

The convent of Mdina is home to the nuns of the Benedictine order. This order dates back to the 15th century. You will find it on Villegaignon Street in Mdina. The nuns have lived in strict piety in this convent since 1450. Piety, because the rules in the convent are strict.

The convent used to be a women’s hospital and was restored in 1624. At the convent, the nuns pray all day and must keep vows of poverty, obedience, and chastity (apart from vowing never to leave the convent).

Saint Benedict was born in the year 480 and died at the age of 66. Benedict lived during the time of the migrations (which caused people to leave for fear of other peoples) and the monastery offered peace and security.

In the monastery, Benedict founded his new order.  Praying, writing, and working became the new life, something that could be called strange, as work was usually done by slaves at that time. But the saint commanded it, so it happened.

Writing was also something unique; the art of printing did not exist at all back then. The Benedictines copied books from Greek times and, partly because of these friars, we still have so much evidence of history facts.

Not allowed to leave

The order is (and was) all about locality. The abbey must be able to offer the brothers everything within its walls, so that no one has to leave the monastery. There must be a bakery, running water, a farm, and a garden. The abbey must always be self-sufficient, as no one is allowed to leave. Benedictines live in seclusion and silence, and they are 100% devoted to each other. They all wear black robes.

Despite the strict rules of the order, it still gave some room for renewal. This reflected the vitality (energy and strength) of the Benedictines. Thus, new monastic orders emerged, greatly expanding the Benedictine family.

Some new monastic orders include: the Cistercian Order (late 11th century) and the abbey of Monte Oliveto (called the Olivetans (white Benedictines)). There were also offshoots of the Benedictine tribe that did not arise from reforms, but placed their emphasis on the spirituality of the Benedictine faith.

You don’t find many nuns any more, but they still exist. There are women who still lock themselves away to seek connection with God in solitude and silence. There is a haze of mystery about these silent praying nuns in the convents. Anyone can have their opinion about it, but the nun does not let herself be chased away easily. That is a fact.