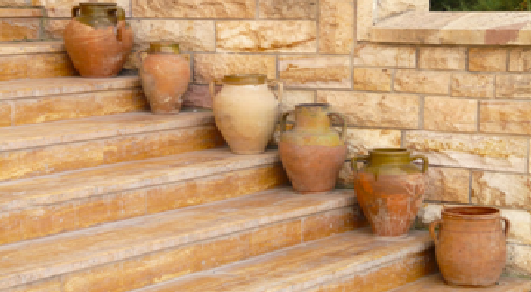 The Maltese islands have many excavations from ancient times. Excavations that date back to 4,000 BC and can be found in various places on the islands. A good example is the Ħal Saflieni Hypogeum, an underground burial complex. The word Hypogeum means “under earth”. The complex was used as a cemetery, but also as a temple (place of worship).

The Origins of the Hypogeum

The burial complex dates from the time 4000-2500 BC and covers an area of 500 square metres. The complex is one of the first megalithic sites to enter the UNESCO World Heritage List. This happened in 1982. It is a relic of a vanished civilization from ancient times, and therefore of great importance.

The burial complex can be found in the town of Paola, not far from Valletta. The discovery of the Hypogeum was made in 1902 during the construction of the foundation of a new residential complex. Without realizing it was underneath, the roof section of the complex was then damaged. It took until 1911 before the entire complex was excavated.

The complex is huge and a unique treasure trove of excavations including pottery, personal ornaments, statues, carved animals and human bones. Bones of about seven thousand people have been found. The rooms, corridors, and halls were carved out of the limestone bedrock and the building has three floors. The complex was probably dug deeper because more space was needed. On the top floor are the burial chambers, where the original burial pits can still be found. The middle floor bears resemblance to other megalithic excavations in Malta. The last floor of the Hypogeum complex is 10.6 metres below ground and has four side niches.

People made a grave by digging a shaft vertically into the ground. At the end of the shaft was an oval chamber. The body was placed in a foetal position (crouching) in this chamber, along with decorated pots and personal belongings.

The figurine of the ‘Sleeping Lady’ is only 12 cm long and was found in the Hypogeum. The figurine is of pottery and depicts a woman lying on her side on a bench (the bench almost collapses due to her weight). The figurine has since been transferred to the archaeological museum in Valletta.

The figurine was found in the Hypogeum (representing a cemetery) and thus symbolizes “death” (or rather eternity). The woman is naked from above and wears only a skirt. Her hair is shaved on top of her head, and she only has hair on the back of her head.

Nice detail: the bench on which the woman is lying clearly shows how furniture was made in the Neolithic period. Much attention has been paid to the decoration of the underside of the bench. Visit to the Hypogeum

Through the visitor centre of the Hypogeum, you can order tickets to visit this underground cemetery. Tickets are also available at the Archaeological Museum in Valletta. Eight tours can be booked seven days a week from 09:00-16:00. Tickets must be booked weeks in advance, as the tours are organized for small groups only. The maximum per group is 10 people. In total, a tour lasts about 50 minutes.