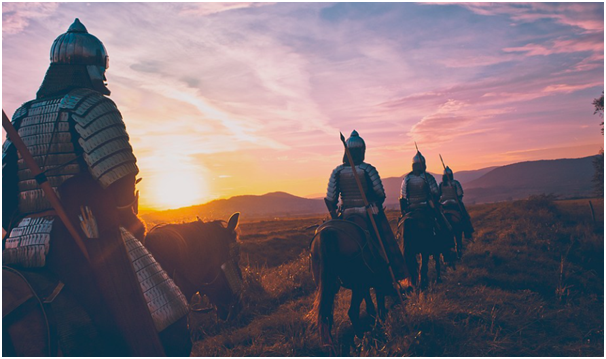 The St. John’s co cathedral monastery church was built in 1577 shortly after the great siege by the Knights of Saint John. In this article, we take a closer look at this church, which is dedicated to John the Baptist.

The church was built by an architect of the Order of Knighthood. His name was Gironimo Cassar (ca. 1520-93). The church lost its title when the Knights finally left Malta and Napoleon entered in 1798. The cathedral is called the co-cathedral because it is originally in Mdina.

Over the years, the church has grown ostentatious and grand. It is therefore called a mannerist church. This church was known to receive many donations of high artistic value. The knights received the best and most expensive works of art from the artists of the time.

DESIGN OF THE CHURCH

The facade of the church has two bell towers with octagonal spires. It has a wide nave. The church itself is rectangular and has a barrel vault. The sacristy and oratory were only built in 1604. Tombs were laid in the floors of the church.

The Order of St. John of Jerusalem is Roman Catholic. It was the oldest Order of Hospitallers that still had a chivalric and military character. This order of the hospital dates back to 1048 and its mission was to provide shelter and care to pilgrims on their way to the holy land. This hospital was located next to the monastery of John the Baptist and was operated by the Benedictine fathers.

In 1113, the foundation was officially placed under the protection of the Sacred chair. The Sacred Chair is the seat of the Bishop of Rome. Now the Order could choose its people without explanation. From that moment on, the members of the order went through life as knights and were obliged to keep three vows: obedience, chastity and poverty. Their mission was to protect the pilgrims during the Crusades. The knights themselves came from all over Europe (France, Italy, Scotland, Provence, England and many more countries). Crusades were military events in which Christians and Muslims fought for hegemony in the Middle East. Especially around Jerusalem. The Crusades led the Knights to Cyprus (1291) and Rhodes (1310). The knights were led by grand masters and had their money. After Rhodes, they soon formed a powerful naval fleet. The knights themselves wore an eight-pointed cross on their clothing, by which we still recognize them today. As a naval fleet, the Knights fought at sea against the Ottomans, among others.

In 1522, the Knights left the island of Rhodes and travelled through Europe for seven years. In 1530, she was given the island of Malta by the Spanish emperor, for which they paid annually a falcon.

The cathedral must be protected from frequent large groups of visitors. Body heat from large gatherings can damage the church, and footwear can scratch the floor. Tourists often come in large groups and walk through the small passages. These passages are not suitable for such crowds, therefore only a certain number of people are allowed per visit.

In the nave, the Foundation (of the church) counts the group size, including the individual visitors. The maximum group size in the Oratory is 30 people.

When visiting the church, keep in mind that it is a sanctuary and respect the rules. Dress covered. The church is grateful for your respect. For further protection of the church, flash photography is prohibited. Shawls and cloths are available at the church performance. High or sharp heels are not allowed. In addition to scarves, slippers can also be found upon entry. You don’t wear your backpacks on your back, but you hold them in your hand please. Children up to 12 years free

(if supported by an adult)