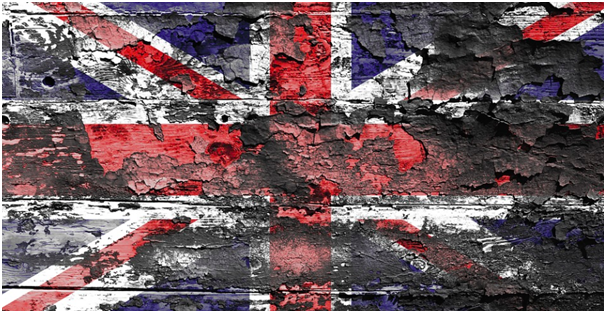 Malta was under the reigning British Empire for over 150 years. This happened in the year 1813, the year when Malta became a British colony. The Paris treaty of 1814 confirmed this status. The history of Malta is quite complicated. During the years 1530 to 1798, the Knights of the Order of St John were in Malta. Thereafter, Malta was ruled by Napoleon. Malta received help from the British against Napoleon’s rule and voluntarily joined the British Empire after the victory.

A plague-infected British merchant ship brought the plague to the Maltese Islands. 4% of the population died from it. The disease was around in Malta from March 1813 to March 1814. In that year, the British governor Maitland (King Tom) established the Maltese police force. The currency changed to the pound sterling in 1825 (between 1983 and 2008, Malta had its currency, the Maltese pound).

Strategic location in the Mediterranean Sea

Malta has long been a base for naval forces. The strategic location in the middle of the Mediterranean Sea was an excellent bridge between the continents. The islands acted as a hospital for the wounded soldiers who fought the wars in the Mediterranean countries. Before WWII, Valletta was the base of the Royal Navy. There were many submarines at that time.

Faith and Reforms in the Islands

Malta had an Anglican Religion (based on the Religion of the English churches) and the Chair of Malta was made independent, after which St. Paul’s Cathedral was built in 1839. In 1883, a railway line was built, starting in Mdina. There were also trams in Malta. We can hardly imagine what Malta was like, with these types of transport.

Because the Maltese did not have self-government, but depended on the expenditure of the British government, there was a lot of poverty among the population. The island was too crowded, and the people wanted their government. And that happened. The Nationalist Party was founded in the early 19th century. Malta was given a government and the first prime minister was elected. The schooling was in Italian, a clear sign that the Maltesers were turning against the British Empire.

Italian was the official language of the Maltese Islands before the British arrived. In practice, however, this meant that it, in those years, it was only used in the courts. Only 15% of the Maltese population could actually speak proper Italian. In 1934 two languages officially existed in Malta: English and Maltese. During the Second World War, Malta defended itself strongly. But the islands also had a lot to endure. King George awarded ‘The George Cross’ to Malta (distinction for gallantry), which happened in 1942. Malta was seen worldwide as a beacon of hope with a brave population who could defend themselves with courage. Franklin D. Roosevelt (United States) arrived in Malta on December 7 and symbolically presented a scroll with text demonstrating the valour of the Maltese people. You can still find this scroll as a plaque on the walls of the Grand Master’s Palace.

In 1945, a meeting between Churchill and Roosevelt took place in Malta, which is considered a historic event. In 1947 Malta became self-governing and the Labour Party was created, in addition to the already existing Nationalist Party. Malta joined NATO in 1949. Malta also had three seats in the British House of Commons. However, the self-government of Malta had no influence on defence, taxation and foreign policy, which led to much resistance within the administration.

Malta’s strategic importance (being as islands in the middle of the Mediterranean) also became less important, so that the naval docks were neglected. There were many lay-offs at the shipyard. A lot happened and there was a lot of unrest.

There were many protests and the self-government disagreed so that the islands immediately fell back under colonial rule. But Malta wanted independence, but it just didn’t work out yet. What was unique about the English ruling over Malta is that the British colony wanted to integrate seriously with the Islands. Something they didn’t want with Gibraltar, for example. After many attempts and overthrows of self-government, disagreements between the Labour Party and the Nationalists and years of unrest, Malta became independent in 1964. The British Empire lost its power, as Malta’s strategic position was no longer essential. The islands offered few advantages, and the people resisted too much. Ten years after Independence, Malta became a Republic.