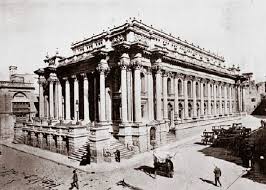 In 2017, over two million tourists flocked to the beautiful country of Malta to enjoy its rich history, art, and scenery.

At a mere 198 acres, Malta’s capital city Valletta has recently become a popular location for low-key tourists looking to get away from the dense crowds.

But don’t fret- despite it’s small size, Valletta is jam-packed with sights and activities that are sure to amaze.

Read below for 7 reasons to visit the historic city of Valletta during your Malta sightseeing, especially in 2018.

Valletta, the Perfect Place for Malta Sightseeing
The European Union’s smallest capital city has a lot more to offer than you may think. Here are 7 reasons you should travel to Valletta.

Valletta has a complicated history, which always makes for amazing architecture and historical sightseeing.

In fact, the capital of Malta was dominated by the Order of Saint John of Jerusalem, the Phoenicians, Greeks, Carthaginians, Romans, Byzantines, Arabs, and the Order of the Knights of Saint John. The small, 198 acre city actually contains 320 monuments, making it one of the most concentrated historic areas on the planet.

There are few other places in the world where you can find so many historic monuments representing over a dozen different cultures.

Whether you’re fascinated by civil, artistic, military, or religious history and architecture, you’re sure to find your niche in Valletta during your Malta sightseeing trip.

These historic monuments and rich history are why the United Nations Educational, Scientific and Cultural Organisation (UNESCO) has placed Valletta on its World Heritage List for outstanding universal value.

Some key historical places to note:

Auberge de Provence, which is now the National Museum of Archaeology
The Grand Master’s Palace (once home to the leaders of the Knights of Saint John)
Fort Saint Elmo (houses the National War Museum)
St. John’s Co-Cathedral, an extravagant cathedral built between 1573 and 1578 featuring paintings by Caravaggio
If you’re interested in the history of Valletta, you can find tours that focus on the small city and delve into its fascinating history and involvement in World War II.

2. European Capital of Culture in 2018
There’s no time like the present.

If you’re not sure when to plan your trip to Valletta, 2018 is definitely the time to do it.

Every year, the European Union (EU) designates a city as their cultural capital, and this year is Valletta’s year to shine.

The EU selects a city and is actively involved in planning and preparing events that highlight the city’s diversity and celebrate its culture. This planning occurs for 4 years before the city is designated a cultural capital, so you know they’re not taking it lightly!

There are hundreds of events planned, from a Green Festival to a Family Fun-Fair.

Beyond all the seafood you could possibly need, Valletta is strongly influenced by its Italian neighbor, so you’re sure to see Italian cuisine being offered in restaurants.

Between seafood and Italian food, we’d say you’re pretty set. But don’t worry, there are a lot of different cuisine options, no matter your pallet or your price point.

Be sure to check out Cafe Cordina, which was built in 1837 and features iconic pastries, elegant tea rooms, bar, and an outdoor cafe.

The harbor provides breathtaking views of the Mediterranean sea, the city’s fortifications, and nearby restaurants and shops.

To top it off, the harbor’s saluting battery still stands guard, over 500 years since it was first started. At noon everyday except for holidays, you can join the saluting battery in their ritual. At 11:45 A.M., there is a brief commentary, followed by firing at noon.

You can also catch boat tours out of the harbor to view different areas of the island and relax on the water.

5. Wander the City
The small size of Valletta makes it difficult for cars to swerve in and around the city, but makes for pedestrian-friendly areas during your Malta sightseeing.

You can walk everywhere in this beautiful city, and get some exercise going up and down hills and stairs, especially closer to the waterfront.

For those looking for an easier way to access the city while avoiding stairs, don’t fret! There are plenty of hop-on hop-off buses available within the city. You can even take it up a notch by hiring a horse and carriage to reach your destination.

Or you can stick with a taxi. That’s totally fine, too.

6. Below the City
During World War II between 1940-1942, Malta was the most heavily bombed country in Europe, at 154 days and nights and 6,700 tons of bombs dropped on the small country. Most of the bombing occurred in the capital of Valletta, given it’s political, military, and commercial influence.

The city was bombed almost constantly, forcing its citizens underground.

Today, you can find rock-cut tunnels beneath your feet, with an intricate network of crammed living quarters.

Although most of the tunnels and war shelters have collapsed and are closed to the public, you can tour a private war shelter at Casa Rocca Piccola. This shelter was used by an aristocratic family during air raids, and it’s located 100 feet underground.

7. Art and Theatre
Valletta is home to some of the greatest art worldwide.

Whether you want to visit the small studios of local artists or magnificent galleries featuring masterpieces, your Malta sightseeing should include Valletta.

Valletta’s National Museum of Fine Arts includes art from local artists and intentionally-acclaimed artists such as Turner, Ribera and Bierstadt, and Mattia Preti.

To catch a show, visit the Manoel Theatre. The theater was built in 1731 and thankfully survived both World Wars, even after being used as an air-raid shelter. This makes the Manoel Theatre one of the oldest theaters still in operation in the world. Today, you can watch operas, pantomimes and recitals at the theatre.

What Are You Waiting For?
If you’ve been itching to travel, Valletta is the perfect spot to go.

You’ll find amazing history, art, food, and culture, while bringing home stories and experiences that will last a lifetime.

2018 is an amazing time to visit Valletta, during its year as a European Capital of Culture. This year was four years in the making, so don’t delay on purchasing your flights and tours!

For more information on sightseeing and tours in Malta and Valletta, visit us today.