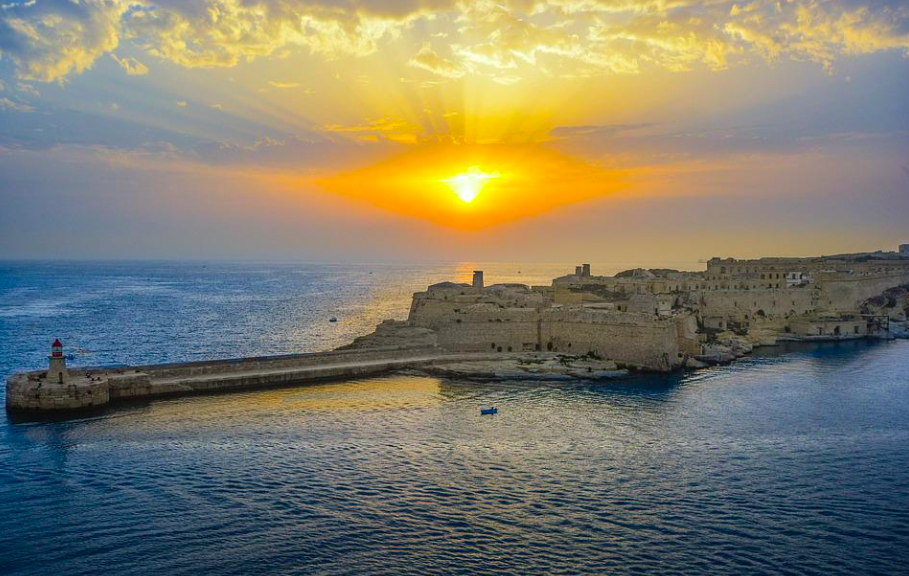 Malta isn’t big, but the archipelago has had several major film productions on its islands. The now-defunct ‘Azure Window’ served as the backdrop for the hit series Game of Thrones. Which of the best films has been made in Malta?

We’ll take a look at that in this news item.

The opening scene of one of the best series ever, Game of Thrones, was filmed in Gozo. Right next to the ‘Azure Window’. This window, unfortunately, fell in 2017 during a storm. Many scenes of GOT were filmed in Malta, so if you are a fan, then you need to visit the Maltese Islands.

Visit Mdina, St Dominic’s Priory, and the San Anton Gardens, many scenes of the series are filmed here, and we are certain that you will recognize them.

Robin Williams played the lead in the film hit Popeye. This film was filmed in Malta and a complete film set was built for it. The film set in Malta still exists and is located in Northern Malta in Anchor Bay. The location has been converted into a small theme park, and you can see the houses that existed in the film. Take the whole family to see it. Want to know how movies were made before the green screens? Then visit POPEYE VILLAGE.

Gladiator, a film officially set in Rome, has several scenes filmed in Malta. Russel Crowe played the lead in this film and the set was built in Fort Ricasoli in the Three Cities. The fort is famous because it was built by the Order of the Knights of St. John. It is located in the middle of the natural harbour of Malta.

TROY was filmed in the Blue Lagoon. More reasons to visit this blue oasis. This Big Budget film starred Brad Pitt. The crystal-clear turquoise water of the lagoon and the yellow stones behind it reflected a medieval landscape and were perfect for the film’s background. TROY was also filmed in Fort Ricasoli. The gate of the fortress was used as the entrance to the Trojan city.

The story of the Turkish prison was also filmed in Malta. In the film, you can see the actors walking through the streets of Valletta and in Market Square. Meanwhile, Valletta now has been renovated and looks a bit different, but it is certainly recognizable. In the film, Maltese words are used now and then. The prison is located at the back of Valletta in the big fortress at the harbour.

Steven Spielberg’s Munich was also filmed in Malta. Partly also in New York and Hungary. Nice detail: the promenade in Tel Aviv in the film is actually Sliema Boulevard. Republic Street in Valletta is figured as Athens, and the open-air cafeteria in Rome is actually the Maltese city of Rabat.

Tom Hanks visited Malta and starred in the film Captain Phillips. The film was set in the natural harbour of Valletta, but also in the Freeport Terminals of Marsaxlokk. The iconic film found the old harbour perfect for a film about the sea!

Again with Brad Pitt. This zombie apocalypse (you see how humanity is dying out) was filmed in Fort St Elmo in Valletta. The same fort as in the film Midnight Express. The fort represents the city of Jerusalem in the film. The fort is now home to the War Museum. Visit it when you are in Malta!

Brad Pitt visited Malta for the third time and went to film in Gozo at the bay of Mgarr ix xini. He stars in this film together with his ex-wife, Angelina Jolie. The bay of Mgarr ix xini is hidden and hard to reach but is known as a little paradise. In it, you will find complete peace and relaxation.

The film adaptation of the video game also takes place in Fort Ricasoli. The area around the fortress functioned as a medieval landscape, so it was a good fit for the film location the producer had in mind.

Malta is a popular location for shooting films. Many of the best films will continue to be filmed on the Maltese Islands. Perhaps when you are visiting the Islands. Come over and discover! You are more than welcome!