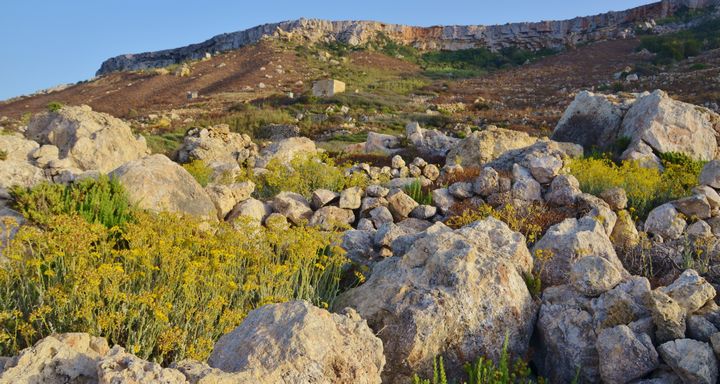 The Maltese Islands are known for a wide range of flora and fauna on the Island. Let’s have a closer look at what you can find on this group of Islands.

There are 3200 species of insects in Malta and new ones are discovered every year. There are 12 species of beetles, five species of flies, 17 species of butterflies, one species of grasshopper, two species of ants and seven species of molluscs. The latter includes the freshwater crab and the sea slug. The shrew is found only on Gozo (remarkably not on Malta). Apart from that: specific to Malta is the Maltese wall lizard, which comes in five different species.

It is often said that a certain type of fauna or flora is endemic. What does endemic mean? Endemic is another word for indigenous. So if a species is endemic to Malta, it is only found in Malta.

There are 250 species of birds, 200 species of marine fish (with bones) and 30 species of mammals in Malta. These include the bats and whales in and around Malta. On the coastal cliffs, we find the blue rock thrush, which is also found on the bastions in Valletta harbor. This bird is protected and falls under the protection of the ERA authority and the MECP( Ministry). In the past, the bird was featured on Malta’s official money and postage stamps.

There are no rivers in Malta, so the ecosystem is very delicate. The only species known to Malta is the freshwater crab and a type of frog.

The sea is very diverse. There are cetaceans and sea turtles, rays, and sharks. Yes, you read it correctly: sharks. Furthermore, around the islands you will find bream, octopus, flying fish, squid, and parrot fish. Eels can be found in the sea around Malta during night dives. Rare encounters with dolphins, big tuna and bonito that come closer to land in the summer when the water is warmer.

In the sea, you will find orange and pink coral reefs that live on arches. Night divers can take excellent pictures of these in the dark.

Dangerous however are the sea urchins, the stingray, and the scorpion. They can sting with bristles or spines. And that can make you very sick!

Malta has a hilly landscape. The west of Malta is slightly higher than the east and the highest point, Ta’ Dmejrek, is 253 meters above the ground. There are no rivers in Malta and, especially in summer, the landscape looks steppe-like. There is a lot of undergrowth. From March to May, Malta is at its greenest.

The endemic flora of Malta includes 1200 plant species, of which the vascular plants are the best known. 50 species are protected in special nature reserves so that they will not become extinct.

The orchid, which is found in Malta, is exceptional. There are as many as 40 species of this on Malta. Some are only found in Malta, but others are found both in Malta and in the Mediterranean.

The Maltese rock Centaury is a rare and protected shrub that has been declared a national plant and can be found on the coastal cliffs of the islands. The shrub falls under nature conservation in Malta because of its unique rarity.

Malta is dry and small, but it is home to countless plants, insects, and animals. On land, in the air and in the sea. Visit the reserve near Golden Bay and Ghadira Bay. You can walk there for hours and discover the most beautiful flora and fauna of Malta.